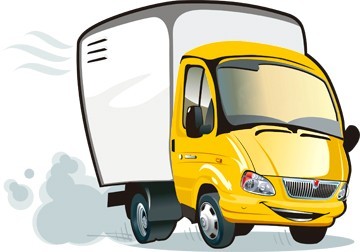 To ensure quality service to our valued customers, the delivery charges on all local orders will be PKR 85/- effective immediately. For inquiries, you may reach us through Contact Us page.

86th Academy Awards The 86th Academy Awards ceremony, presented by the Academy of Motion Picture Arts and Sciences (AMPAS), honored the actors, technical achievements, and films of 2013 and took place on March 2, 2014, at the Dolby Theatre in Hollywood, Los Angeles. The ceremony was scheduled one week later than usual to avoid conflict with the broadcast of the 2014 Winter Olympics, as was the case in 2006 and 2010. During the ceremony, the Academy of Motion Picture Arts [...]

We have made some changes in our Newsletter Subscription. All “active” subscribers will now receive daily newsletter for movie updates. In this way, we can make sure that our customers are up to date with our in-stock items and also get notified on 2014 DVD/Blu-ray Releases. (more…)

Technical issue with Email Server has now been resolved.

Email Error Dear Customers, For the past few days, we’re having issues with our Email Server due to which, we were unable to receive any emails sent directly or notifications through our website’s contact form. We are sorry for we could not reply to those who tried to get in touch with us through email. We’ve now fixed this issue, and we’re able to pull those emails sent in the past few days. We’ll now respond to those emails asap. Thank you for [...]

Mr. Mohammad Zahoor is #1 on leaderboard We congratulate Mr. Mohammed Zahoor for being #1 on the DVD Planet Store’s Members’ Leader-board since our website launch in late January, 2014. As per our offers, he has won a FREE DVD with his next order, and 10 Bonus points. His statistics so far have been as follows: Newsletter Subscribe = 10 points On first order = 5 points 2 x 10 DVDs in single order = 50 points #1 on the Members’ Leader-board = 10 points #1 on [...]

On the website, minimum order total has been set at PKR 285/- only. DVD Planet Store offers you more than 60,000 movie titles. We are in a process of uploading content on our website, which is an on going process. If you cannot find a movie title on the website, just drop us an email through our ‘contact form‘, and we’ll get back to you.

We’re very happy to announce that we’ve launched our Online Movie Store website: www.dvdplanetstore.pk. With this website, our customers can now avail the facility to browse and order movies online, with the following payment modes; Pay cash on delivery and Direct bank transfer. (more…)